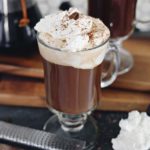 Editor’s Note: This recipe has also appeared elsewhere but is being shared with permission.